Mashiro Garden Tower (真白ガーデンタワー, Mashiro Gādentawā?) is a the first floating ruin featured in Chapter 1 of Zanki Zero: Last Beginning. It resembles the building which housed the workplace of Haruto Higurashi, the publisher Mashiro Shuppan.

The following maps are originally from the Japanese Zanki Zero Strategy Wiki. 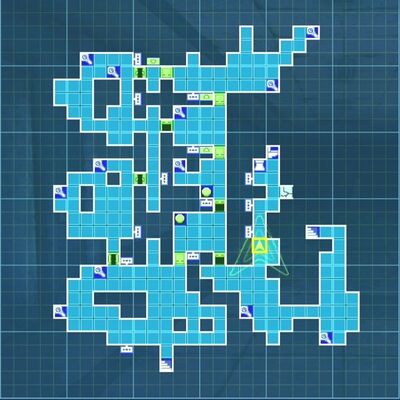 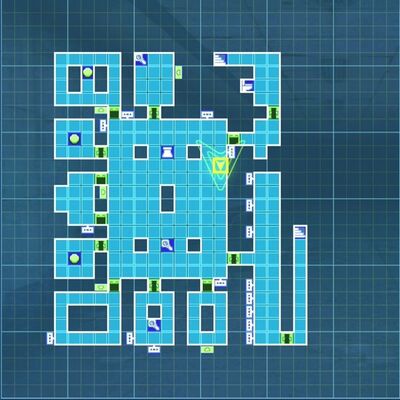 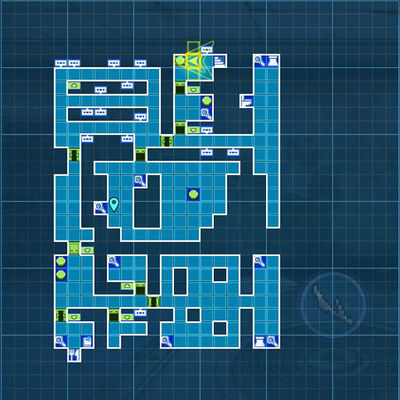 Mashiro Garden Tower was a 10 floor building originally in Mashiro City close to the Mashiro police station. The building, like many buildings in Mashiro City, was built and owned by the Mashiro Group. The building was a base of operations for Mashiro Publishing, which produced magazines, manga, and other works. Mashiro Publishing had a goat mascot named Mashiro Yagi (マシロヤギ, Mashiro Yagi?, lit. Mashiro Goat).

Mashiro Garden Tower was the workplace of Haruto Higurashi, who worked at Mashiro Publishing as an editor.

Mashiro Garden Tower is the first floating ruin that the clones on Trash Island encounter. The former 10-story building has been worn away by what seems to be many years of disrepair and only 3 floors of the building remain. Both Haruto and Minamo Setouchi have clear memories of the original building - Haruto as his workplace as an editor at Mashiro Shuppan, and Minamo as a building close to her workplace at Mashiro police station. Mamoru Ichiyo also has vague memories of the original building as a result of visiting Mashiro city regularly. The group had previously believed they had only been unconscious for a matter of days before finding themselves stranded on the island, but the state of the building massively contradicts this theory and seems to point towards it having been many years, possibly even many decades.

The group decides to enter the building, but find that the automatic doors are sealed closed with bulletproof glass. Haruto finds a generator near the door and activates it, which restores the power to the door and allows them in. They explore the foyer for a few moments and chat casually until Rinko Susukino eventually snaps and tries to make them understand the serious of the situation that they're in; that if the world really has ended that everyone they ever loved is gone. The group suddenly sobers up and apologizes to her. Rinko tries to open a sliding door near the reception desk, but is only able to open it a small crack. When she turns her back to the door, Haruto spots some kind of creature in the crack in the door making eye contact with him. The creature reaches out to Rinko and stabs her in the back with a large pink tentacle, ripping a hole through her chest and killing her. Haruto rushes over to help her, but the creature also stabs a hole through Haruto's chest. As Haruto begins to die, the last thing he sees is Rinko's skin melting away from her skull horrifically. The rest of the group grab Rinko and Haruto's Cross Keys and flee the building.

After the group revive Rinko and Haruto, they head back to the Mashiro Garden Tower and decide to fully explore it to look for answers. They head through the first Zanki Hatch into the general affairs and accounting offices. While exploring, they find magazines dated up to August 13th, 2018, however since the last date Haruto remembers before his suicide is July 8th, 2018 he hypothesizes that this is proof they had been asleep for more than a month. Going further into the same floor, they find a switch and press it, triggering an Extend TV episode in which Mirai and Sho share a VHS called "怠惰その１ 初めての…" (lit. Sloth Part 1: The Beginning).

Later that day, Haruto is alone in the Chief Editors office with the 3 articles he has written: "womens' poverty", "young people not having any disposable income", and "medical treatment of the elderly". The Chief Editor reads them, then discusses with Haruto that since the target audience for Mashiro Weekly is middle-aged men, none of these topics are likely to appeal to the readers since they're "old men who just want to have a good time" and are mostly interested in articles such as how they can still appeal to women despite their age. After some discussion, the Chief Editor then decides to consider Haruto's article about womens' poverty since it could be approached from the angle of "young supple women who have been driven to desperation by poverty", and tells Haruto that if he does more research and reworks the article to appeal more to their target audience, he will consider running the article in the next special issue.

The video ends, and Mirai explains that the VHS was something called a "Strategy Video", which will help the clones recover their memories and will help them strategise in order to win theg game. The video they just watched was one of an event in Haruto's past. After the group advances to the second floor of the building, they discuss it with him, but Haruto has no memory of the event in the video, but vaguely remembers having similar conversations with the Chief Editor around 2 years ago just after he joined the publishing company. Minamo wonders if that means that Haruto has been watched by whoever kidnapped them since 2 years ago, which distresses Haruto a lot. They explore the second floor further until they find another switch which triggers Mirai and Sho to show them another VHS called "怠惰その2 人妻だった女性と…" (lit. Sloth Part 2: The Woman Who Used To Be A Wife)

Sloth Part 2: The Woman Who Used To Be A Wife[]

In the VHS, Haruto is with the photographer Ryo at the home of a single mother who is seperated from her ex-husband, who has just explained her circumstances and background to Haruto for his article about women living in poverty. The woman was originally hesitant to talk to Haruto, but after learning about his intention to help people learn the truth rather than be salacious, she was happy to tell him about her experience on the condition that he keeps her anonymous so that her abusive ex-husband can't locate her or her child where they are currently living. Haruto agrees, and returns to the office.

Back at the office, the Chief Editor approaches Haruto and asks if he took any photos of the single mother from the article because he heard she has big breasts. Haruto shows him the picture that was taken of her, but explains that there are no pictures of her face to preserve her anonymity and safety. This makes the Chief Editor angry because he wanted to see if she was attractive or not, and insists that he has to go back and take a picture of her face for the article otherwise he will not publish it without it, under the excuse of it "not communicating reality" without the photo. Haruto tries to argue that he can't break his promise with the woman, and the Chief Editor reluctantly backs down and tells him to finish the article, but not without complaining about it.

Before ascending to the 3rd floor where Haruto used to work, Haruto begins to feel dizzy after suddenly remembering the woman he had interviewed in the video, and how he had been so kind to him and was taking such care to raise her child alone despite her circumstances. While the group talks, they're suddenly interupted by a strange voice, which they find comes from what remains of a human being with a Clione parasite instead of a left arm. The person approaches a wall in front of them and says in a distorted voice "Editor in Chief, I'm from General Affairs, extension number 3-1". Zen shouts out to the person, who turns to look at them, but he keeps repeating the previous phrase over and over. They realise the person moves in an unnatural way, more like something that isn't alive, and that he is probably one of the monsters they were told about on Extend TV. Zen hypothesizes that the monster is what remains of one of Haruto's former co-workers, and have to kill him to continue.